The White Pine Library can trace its roots back to the 1930s and a forward thinking group of women called the Ladies Literacy Club.  This group organized a collection of books that was stored in the vault of the Montcalm County Court House and loaned them out to citizens in the area.  Eventually this arrangement no longer met the needs of the book-loving people in Stanton and the surrounding countryside (and the Court House needed its vault back!) so the collection was moved to an empty room in the back of the Smith Brothers Grocery Store on Main Street in Stanton.  There the library had 200 books, one table and one chair, and one librarian. In 1959 the library moved again, this time to the corner of Main and Camburn, and officially became the Stanton Community Library.  Here the library remained until 1980.

As the library continued to flourish another group of forward thinking citizens gathered and organized a fundraising plan to build a new library to better serve the growing needs of our community.  A new service area was established that included not only Stanton, but Sheridan, Sidney and the surrounding townships.  In June of 1980 a new library was constructed. To reflect the library’s new patronage, the library’s name was changed from Stanton Community to the White Pine Library, in honor of all the people the library now welcomes, and in recognition of the mighty white pine that once covered our area.  In 2001, with thanks to many hardworking and generous individuals, the library underwent a major renovation and addition to enhance the current building and provide much needed space for more programming, material and growing circulation.

The White Pine Library became a district library with the help of Evergreen Township and Central Montcalm Public Schools as our participating municipalities on June 28, 2012. This was an important step.

The White Pine Library continues to be an important part of Montcalm County and enjoys its role as a center for research, information, recreation and history.

The White Pine Library is now experiencing growing pains, so in June 2019 we purchased a new building on 514 N. New St.  This will give the our community a beautiful new space (indoor and outdoor) for many new programs in the future. 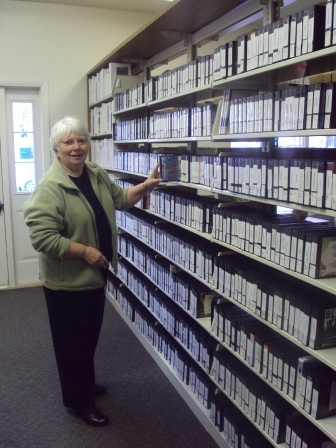